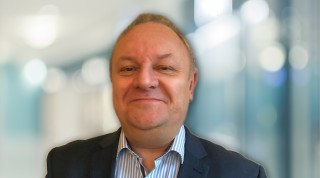 Royal Reesink is appointing Thierry Panadero as per 1 January 2022 as Senior Vice President, Ag & Turf to lead its agriculture and turfcare industry segment, with the objective to strenghten operational and commercial excellence and accelerate market share growth.

Thierry Panadero has a strong, broad experience in the agricultural machinery sector, excellent knowledge of the relevant markets and a vast network across OEM’s and dealers. He joins Royal Reesink from CNH Industrial where he was in different senior leadership roles since 2017. In his last role he was Vice President and Head of the Agriculture Europe Commercial Operations. Prior to that he worked for more that 17 years in different management roles with Claas, where he acted from 2014 to 2017 as the President Global Sales Western Europe and as the CEO of Claas France prior to that.

His appointment forms part of a wider re-organization within Royal Reesink under its  growth strategy, positioning the company as a digital leader in the market to deliver superior customer service and incremental customer value, and leading the industry driving environmental sustainability and reducing the carbon footprint.

Boris Schoepplein, CEO Royal Reesink: “I am very excited that Thierry Panadero is joining Royal Reesink, as his extensive experience will be of great value in developing our businesses in Agriculture & Turf to the next level and realizing our growth ambitions.”